The second inspiration was the topic of conformity. In no way shape or form, does the creation of these videos have an agenda to preach. The intent is for each viewer to have their own experience with them. Then in turn,take what you want and leave the rest. This project was driving by excitement and a commitment to pushing the envelope on things that exist.

There is a certain juxtaposition within this topic that effects every human alive. Sometimes it feels like there is a negative connotation towards the word conformity. Apple’s entire marketing campaign in 1997, “Think Different” is a perfect example of tapping into the negativity of this concept in our society- and it really worked!

As hairdressers, countless times individuals sit in our chairs and say,”I want something different… but not too different.” Or, “I don’t want soccer mom hair”, but then proceed to provide a picture that is exactly that. Furthermore, there is the constant bombardment of messages saying, “Be different.  Be unique”. This is not a black and white topic, and the Conformity segment in the collection acknowledges the beauty in the entire spectrum of the term conformity. This issue tugs on the very foundation of human connection, and fundamentally humans gravitate towards things that are most like ourselves. There have been countless studies conducted to prove these theories, even on infants.

There are so many ways conformity is beautiful. Synchronized swimming, for example, or an army marching. There are cultural rituals where entire communities gather together and connect through wearing similar clothing and traditional dancing. Again, there is also the authentic beauty in being different, or choosing to do the right thing when everyone is doing something against your beliefs. The phrase ‘black sheep” was once a heartbreaking description, and now by some has morphed into a status of achievement. 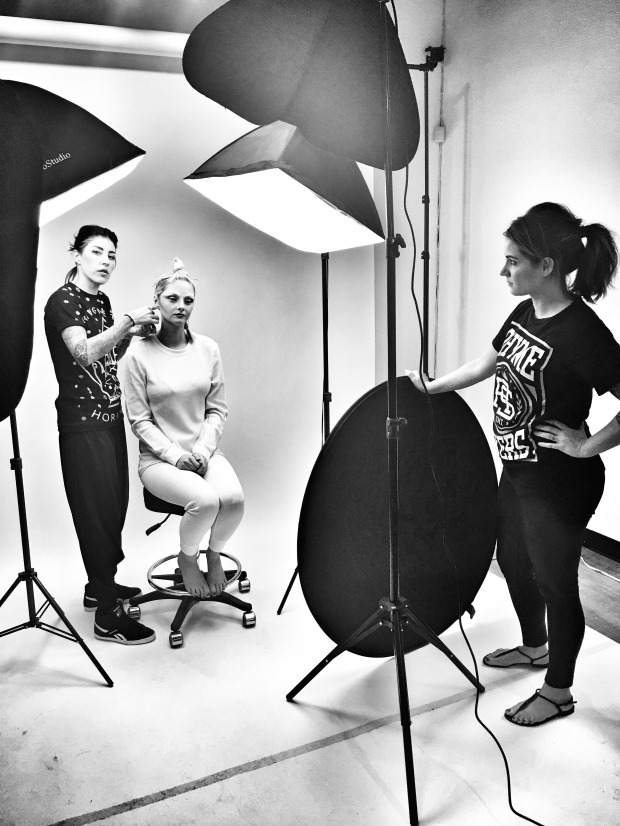 When thinking of conformity- the first thing that comes to mind with hairstyling, is top knots and pony tails. Topknot may refer to:

A hairstyle or haircut, historically prevalent in Asia:

Sangtu, a knot of hair that married men of the Joseon Dynasty wore in Korea

Touji (頭髻), a bun of hair on top of the head, worn by Chinese men from earliest times up to the end of the Ming Dynasty and still worn by Taoist priests and practitioners

Man bun, a modern Western style of topknot influenced by the Asian style, a trend beginning in the 2010s

There are hundreds of articles, tutorials, and photo shoots centered around this look. 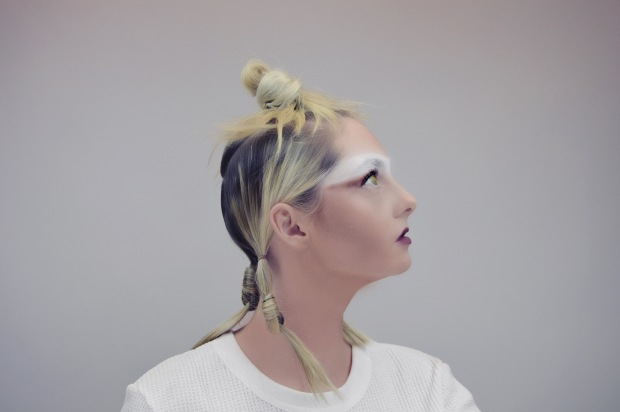 This model’s name is Shayla, it was love at first sight with her cheekbones. All her features are amazing, and she also had a perfectly shaped head! The goal was a spicy street look, while keeping the shape and staying true to the heritage. First, the hair was flat ironed completely straight. Her head was separated into 4 total sections, choosing partings that were primarily round in shape in order to keep the look as feminine as possible. The sections were secured by ponytails, and then tied into clean knots at the mid shaft. The placement of the knots were chosen because of the Golden Mean Concept. To learn more about the Golden Mean Concept read here. The human eye is constantly trying to subconsciously create symmetry. To top it off, the ends of the knot on the top were taken and flared out, in order to create a visual plane. And just like that- Conformity suddenly has been given a different feel. 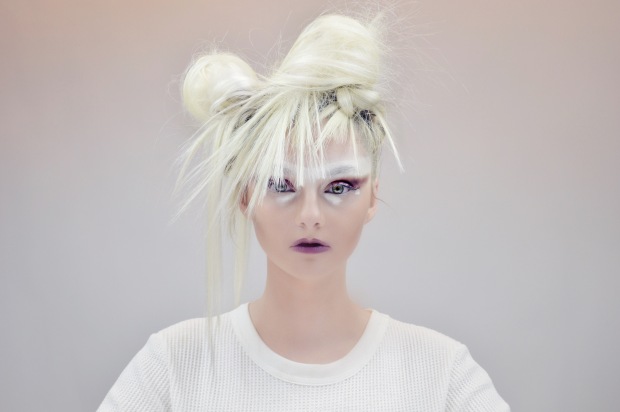 The editorial vision for Shayla was again, to amplify the street look. The result was a Harajuku girl vibe,because it was such an opposition to conformity.. until it wasn’t! The technique used is still based on top knots and pony tails. There are in fact eleven total ponytails in this look. Starting from the top of the head, using pie shaped pivoting radial sections, and securing the pony tails as you section. Once they were perfectly in place, the knots were tied and secured using the ponytails as a base. Supplemental hair was added, knotting it to her natural hair, and keeping the technique true. Shayla’s hair was stick straight, providing the perfect component for a faux fringe that stuck out with the right amount of separation to keep the mood editorial.